Did you know that…


☆ On the night of February 12, 1942, a half-mile wide craft floated silently down Wilshire Boulevard?
Visible for over an hour, the object prompted mass hysteria (the national guard was called in and three people were killed by stray bullets)
and preceded pilot Kenneth Arnold’s UFO sightings at Mt. Rainier, Washington.


☆ In 1954, scientist Wilhelm Reich was so successful bringing rain to the parched landscape of Tucson
that the local government held an emergency meeting to discuss the possibilities of their new economy?
(Or that relics of Roman origin dated around AD 560 to 880, were unearthed in the same town three decades earlier?)


☆ Luminous portals in the sky, humanoids and all manner of unearthly phenomena plague a ranch in rural Utah,
the result of a curse laid upon the local Ute Indians by the Navajo, and enacted by a shape-shifting skinwalker?


Phenomenologist Charles Fort (1874-1932) spent 27 years of his life humorously shredding orthodox science by collating thousands of accounts
of unexplained phenomena which orthodox science couldn’t—and still can’t—explain away.
Fort sought interconnectedness between his phantasmagoria, (“our whole ‘existence’ is an attempt by the relative to be the absolute,
or by the local to be the universal”) and philosophized about it in four groundbreaking works: The Book of the Damned (1919),
New Lands (1923), Lo! (1931) and Wild Talents (1932). “We are not realists. We are not idealists.
We are intermediatists—that nothing is real, but that nothing is unreal: that all phenomena are approximations one way
or the other between realness and unrealness… our whole quasi-existence is an intermediate stage… like purgatory, I think.”


Fort identified the fireball, the teleportation effect, and the UFO. He examined falls of blood,
birds, “unctuous” or “phosphorescent” substances, flesh, coins, from the world’s skies. 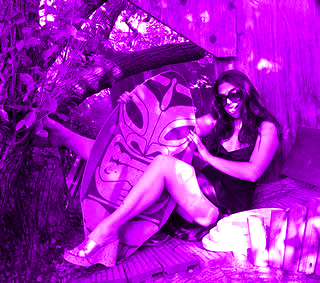 He presented the luminous bodies
encircling Mars (in 1899)! and Venus; gave poltergeists the benefit of the doubt, and wrote that his
‘damned’ data would be “proved” as well as Moses or Darwin ever “proved anything.”


The world has only gotten more phenomenal since Fort’s time, and L.O.W.F.I. ensures that his spirit lives on:
neither cranks nor skeptics,Forteans are characterized by their objectivity, sense of wonder,
good humor and lust for supernormal adventure. Based in Los Angeles, the League of Western Fortean Intermediatists’
focus is on the long, strange life of the American southwest, gathering to discuss its enigmas, peculiarities and unexplainable events.


L.O.W.F.I. is a research-based, journal-publishing band of urbane explorers with interests in:
all shades of the paranormal, UFOs and unexplained 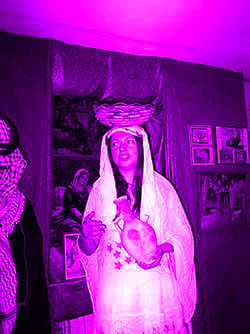 
L.O.W.F.I. seeks to provide a clearinghouse for reports of such phenomena which will be archived and made available to the public,
via a website, www.ForteansWest.com. We organize informal monthly salons and field trips and host visiting
lecturers in an attempt to open lines of communication and create a sense of camaraderie amongst modern-day phenomenologists.
Plans to publish a ganglia-tickling bi-monthly journal are in the works… but we need your support!
reportage | features | forteana | flix | noize | personal - fort
news | lowfi | links | photos | contact